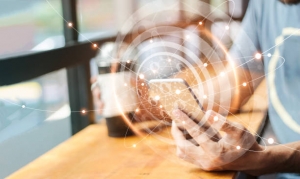 A few days ago we read in the economic newspaper Expansión that the impact that blockchain technology will have on the Spanish GDP in 2030 will be well over 20,000 million euros.

Many will probably wonder what blockchain is. This term comes from English and would translate as “blockchain”. The strength of this digital technology rests on its high reliability guaranteeing the veracity of transactions on the internet. “This security is offered thanks to a registry shared by millions of connected computers, where the transactions of two parties are recorded and archived in a verifiable, permanent and anonymous way without the need for intermediaries. For centuries, there has been a central authority, either the bank office or the government, that managed the changes in the record of transactions and controlled the process. The blockchain removes this central authority.”

This technology emerged in international financial environments, specifically linked to the phenomena of cryptocurrencies and digital currencies. Blockchain has a multisectorial development horizon with wide growth expectations, precisely because it is a data storage and transmission technology on a scale that has not been reached until now.

The penetration of this technology in Spanish companies, according to a recent IDC study on blockchain in companies with more than 50 employees, is 11%, a figure that rises to 24% including pilot projects. The data is therefore ambivalent. Although the presence of this technology in Spanish companies is not marginal, the road ahead remains a challenge for the economy as a whole.

There are countless examples of non-financial companies that are using this technology. One example is Cabify, which, in alliance with ClimateTrade, is trying to develop the traceability of the carbon footprint reduction process that the mobility company is planning. In addition, representative companies of the Ibex have announced their commitment to promote digital identity with blockchain technology, in a project they have called Dalion.

The forecasts for 2025, according to the consulting firm PwC, are those of a massive use of this technology. A transversal generalization that will affect from the financial sector to the logistics sector, including transportation. In short, any activity involving contracts between two parties “Smart Contracts” will work with this technology.

And the tourism sector cannot be an exception. At the present time, the sector is facing an ambitious digital revolution to be able to face the current challenges of the global economy with guarantees. This revolution must integrate not only blockchain technology, but also Artificial Intelligence (AI) and the Internet of Things (IoT). In this sense, the tourism sector must take advantage of these technologies as vehicles to carry out a transformation of the sector so that we remain world leaders.

This reconversion must not forget to have a “customer centric” strategy and a focus on customer experiences without losing focus on the so-called collaborative economy. In this sense, the emotional or psychological part of the sector must be taken care of to the smallest detail so as not to lose that closeness with the traveler. Changes will be required in the “soft skills” of the sector’s workers and a more empathetic leadership.

The World Economic Forum recently published the new competencies that will be required in the coming years and the tourism sector should take note of these. Not only strengthen the “hard skills” linked to new technologies but also the “soft skills”.
And in the case of Spain, where the tourism sector is a global leader, much more than a few percentage points of GDP are at stake. The success of this technological transformation process will be vital for the country’s well-being in the coming decades.

Finally, TDDS is becoming a good example of what in the not too distant future will be part of the new management culture in the tourism sector. Its firm commitment to blockchain technology and the interesting work deployed with four projects that combine this technology and AI in an original way, make it a company to follow closely in the coming years. Its initiative in the highly topical issue of the health passport, through Hi-Card , and the definition of a future voluntary market platform for CO2 emission green bonds, are good proof of its promising challenges.

Want to join the discussion?
Feel free to contribute!

DIGITAL TRANSFORMATION IN SMES: A VIEW FROM CHILE
Scroll to top